The server will release Saturday July 6th @ 2:00PM EST​
Use Google to convert to your timezone​

Any item with the lore "Reset Vault Access" or "Season Vault Access" will be able to go in /resetvault on Season 7. [Must be VIP rank or higher]​
These vaults will be transferred over to Season 8.​
​
All reset vaults are manually reviewed before being added to Season 8, and any attempting to glitch in any unallowed items will cause your entire vault to be deleted.​
​
The reset vault will be released later tonight - Check #updates in discord to see when​
​
Perks from crates, titles, store will be saved - but perks from Quest Shop/Kilton/Jobs will not be saved.​

The following players will receive Legend Bundles at the start of season 8, and will be in the Legends Hall of Fame.​

We've spent the past 1-2 months working on optimizing 1.13 as it is the worst version of Minecraft for server performance, and we can now comfortably handle 200-250+ with massive grinders/farms @ 20TPS!​
​
Skyblock has been updated to 1.13 and will be using these performance patches Survival has received, and I believe this makes us the first server to have 1.13 grinding oriented skyblock​
​
Some new things in 1.13 include:​
Stacking spawners has also been removed now that we have spawners optimized​

The top 3 highest leveled islands at the end of the month, every single month will receive those payout prizes​
#1 - $100 PayPal​
#2 - $75 Giftcard​
#3 - $50 Giftcard​
​
At the end of Season 8, the top 3 players for McMMO Power & Quests will also receive the same payout prizes​
Skyblock Seasons will last around 6 months, making the total payout over $1800!​

why give paypal cash to top is etc on sb but not on the other servers like survival?

Parkour Reset but don't reset the ranks and etc...

Please Happen x thanks bye have a good day 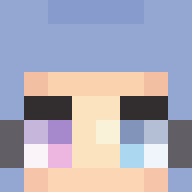 Not much of a Skyblock player but this is awesome! Might come on more after reset.
Really looking forward to it!
Survival Mod Appeal A Punishment Who To Ask For Help? Support Ticket Discord: Anxi#6830

... said:
Parkour Reset but don't reset the ranks and etc...

So hyped for the new season!
See you all at the reset.
Discord: Tylewr#3481​

Tylewr said:
So hyped for the new season!
See you all at the reset.
Click to expand...
Aren't you the richest on skyblock.
Parkour: [✪2] [MAPPER] [5 Years] [CHAMPION] Nick
Maps Created: TheClaw, Ariel, Genie
~Chwan​

so whens season 10 of kit

Chwan said:
Aren't you the richest on skyblock.
Click to expand...
Yes I am